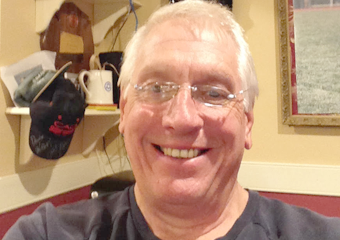 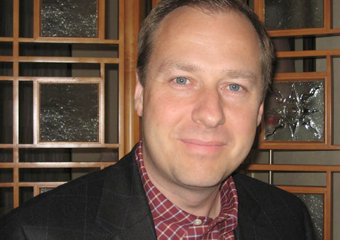 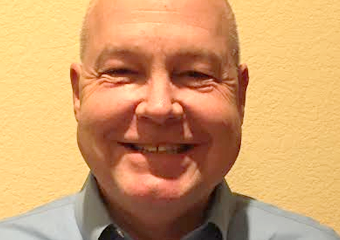 Ken Baranowski started out after college climbing poles working as a telephone installer for NJ Bell Telephone. From there, he learned technical and design aspects of the telecommunications networks and moved into sales of telecommunications solutions for businesses. During his 25 + years in the industry, he worked for several communications companies in sales and management and is now an account director for Lightower Fiber Networks.

Ken has been involved in giving back to the community since his days as a volunteer fireman where he held positions as President and Assistant Fire Chief in Vorhees Township, New Jersey. After moving to Tabernacle, New Jersey, Ken continued his volunteer activities working with his wife, Denise, to fund raise for Saint Jude’s Children’s hospital. Ken also held volunteer positions in the local athletic association and local Cub Scout groups. In addition, Ken and Denise have been active in their local church running the altar server group, while Ken was also a reader at weekend masses. Ken has held elected positions with the local municipal government and the School Board, where he rose to President. He was also appointed to the local land development board.

Ken has been on the Board of Directors with the Luca John Foundation since its inception. He and Denise continue to live in Tabernacle, where they enjoy summers in Ocean City, New Jersey, and spending time with family. They have two sons who have families of their own. Ken is the grandfather of eight fantastic, active grandchildren.

Mike Sullivan is an Information Technology leader with more than 20 years of experience with global companies. Mike currently manages a $20 million technology portfolio for Bristol-Myers Squibb and is responsible for technology strategy and implementation for two Research and Development divisions. Prior to Mike’s move to the Life Sciences industry, he ran the consulting services division of a technology consulting startup where his clients included numerous Fortune 500 companies in both the Property & Casualty and Professional Services industries.

Mike’s passion for giving back was most recently highlighted by his multi-year term on the St. Paul School of Princeton school board, where he chaired both the Technology & Administration and the Strategic Planning committees. Mike earned his B.S. from Drexel University and his MBA from Northeastern University, with a dual concentration in High Technology and Innovations Entrepreneurship.

Mike lives in central New Jersey, where he and his wife, along with their son and daughter, can often be seen teeing-off in the late afternoon and golfing until sunset. Mike coaches his son’s baseball team, and the family enjoys attending as many Phillies games as possible. An annual destination is Lake George, where they swim, wake board, kneeboard, waterski, and even jump off a few cliffs – in addition to golfing on a course carved out of the Adirondack mountains.

John has held various management and senior leadership roles in his Sales and Marketing career, all of which have been in the Food Industry. He has worked with such food companies as Kraft, Johnsonville Sausage, Cargill, and JBS S.A. Prior to his working career, John earned a B.A. in Economics and Political Science from the University of Wisconsin-Eau Claire, as well as Executive MBA from the Carlson School of Business at the University of Minnesota.

Community involvement and volunteering has always been part of his life. This has included Big Brothers Big Sisters, Habitat for Humanity, Food Bank, church activities, and most recently a Founding Board Member of The Luca John Foundation.

The Luca John Foundation has allowed John and his family the opportunity to fill a large hole in their lives by raising funds and supporting those that have experienced a very similar loss.

John and his wife, Barb, have been married for almost 30 years, and have three grown children: daugh-ters Nickie and Lindsey, and son Jake. They have also been blessed with three beautiful grandchildren, Brayden, Noah, and Lyla. Having been born and raised in Northern Wisconsin, and then having lived in New Jersey, North Carolina, Georgia, Kansas and now Colorado, John and his family have had the pleas-ure of many great experiences together over the last 30 years.